Data Science: An Exciting Field for Your Professional Career in 2022

Data science is getting bigger, courtesy, massive data inflows, and the need to extract great insights to guide company operations. Professionals have a number of interesting roles to pick from.

Data is everywhere! Businesses across the world are constantly generating data on various parameters of their work, and this data is often used to extract valuable insights that could guide the future course of action. Data science helps to do this, allowing businesses to understand consumer behavior and accordingly tweak their operations, products, services, and more. It is no wonder that Max Levchin, co-founder of PayPal, said: “The world is now awash in data and we can see consumers in a lot clearer ways.”

A lot of companies are on the lookout for data science professionals!

According to the recent U.S. News report of annual job ranking list, data scientists continue to be among the best employment, with competitive pay, advancement prospects, and a decent work-life balance. Data scientist was ranked third in the best technology jobs category, sixth in the best STEM jobs category, and sixth overall in the best jobs category. The U.S Bureau of Labor Statistics forecasts a 30-35 percent increase in employment growth from 2020 to 2023, with an average annual income of USD 100,560. Data science certainly looks like a great career choice!

However, the Indeed data also revealed that searches by job seekers skilled in data science grew at a slower pace (14 percent). This suggests that there is a fair gap between the supply and the demand for data scientists and therein lies the opportunity! Data science has caught the attention of jobseekers, with fresh graduates striving to get into data science and seasoned professionals putting in efforts to learn and transition to a data science career.

Why, though, is there so much demand?

Because there is so much data and the volume is getting bigger exponentially every day! The demand for data science spiked almost instantaneously, as companies got their hands on large volumes of data. Although data-driven decision-making has been a key part of the operational strategy at successful organizations, it has now become mainstream. Companies can now use this data to understand customers and their behavior, sort out operational challenges and build better customer retention strategies.

We bet job-seekers are queuing up!

Certainly. To take advantage of the demand, professionals are moving towards data science certifications, training, workshops, and seminars. They want to put in their best to equip themselves with the required skills.

Which roles can a data science professional take up?

Some of the common job roles in data science are explained below:

It is. After all, Tim Berners-Lee, known as the inventor of the World Wide Web, said: “Data is a precious thing and will last longer than the systems themselves.” 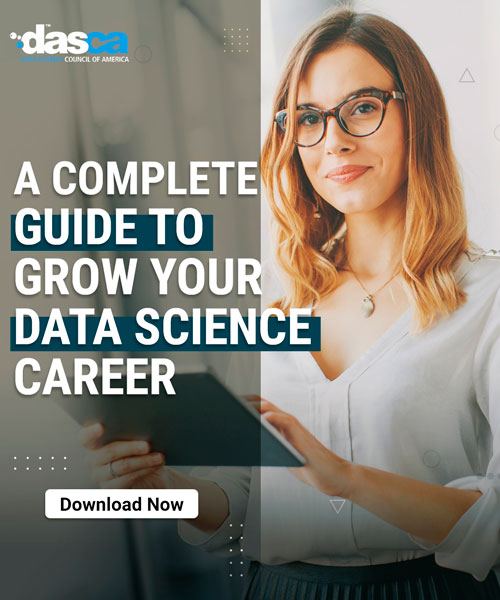 APPLY NOW FOR ACCREDITATION UNDER THE WDSI SUBSIDY PROGRAM!